Is it a cold or the flu?

Take a few moments to check if you have the cold or the flu. Make the test

Have you been introduced to the cold cycle?

Treatment of the cold and flu

In this cold and flu special, you will learn everything about the cold and flu: symptoms, treatment and general tips from our Cold & Flu Coach, Owen.

You're now a few days into this cycle of misery, feeling tired and alternating between cold shivers and too warm to function. A shiver runs down your spine and you have a high fever. Add to that a sore throat, a cold, muscle pain and a headache and you have the perfect recipe for a bad flu.

The cold and flu

The cold and flu are both caused by viruses. In the beginning, the symptoms are often quite similar.

A cold is characterized by:

With a cold you may feel like you have a 'touch of the flu', but the symptoms usually disappear after a couple of days. However, if you do have the flu, then you can recognize it with some of the following symptoms:

Most complaints disappear after a week, but it isn't uncommon to feel tired for days or even weeks after. Imagine troops returning from battle after having fought hard to defend the body against invading viruses. They would need a while to recuperate and feel healthy once more. The cough may also persist for a few more weeks, so it's important to monitor your symptoms in case a trip to your primary care provider is warranted. More about flu symptoms and flu duration.

Coughing is one of the most effective ways of clearing the airways and one of the strongest reflex's in the body. Normally, countless vibrating hairs (cilia) in the upper airways move in a sweeping motion to remove mucus and 'intruders' such as dust particles or pathogens to the pharynx. If something as mundane as a bit of food enters the windpipe or if too much mucus is produced, the cough reflex will occur. Read everything about coughing here.

Read more about sinus infection and its symptoms.

When it comes to a throat infection,the mucous membranes become red and swollen which may impair your ability to defend against pathogens. Due to the inflammation, this may cause your breathing to become slightly hoarse and swallowing can be slightly painful. A throat infection is often accompanied by a fever due to the bacterial or viral origins. Read more about a sore throat here.

Note – if a swollen throat impairs your ability to breathe or swallow, it's important to get to your nearest emergency department.

Core body temperature in humans is a tightly regulated value which normally varies between 36.5°C and 37.5°C. In most adults, an oral temperature above 38°C or a rectal or ear temperature above 38.3°C is considered a fever. The most accurate means of diagnosing fever in a child under 5 is whether their rectal temperature is 38°C or higher. Oral temperature becomes more accurate in those over 5. Remember, fevers are part of the body's natural reaction to a virus or pathogen and typically resolve within three days.

Read everything about fever here.

A healthy lifestyle is the cornerstone of ensuring a healthy immune system that is capable of withstanding all but the most vicious of pathogens as they attempt to invade the body. While each of us have our individual preferences, at the heart of us all are the foundations of health including sleep, diet, exercise, mental/emotional well-being, and social connectedness.

How do you do that? Read that here! 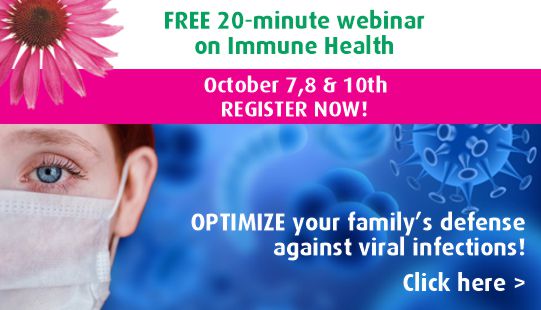