How to cook buckwheat

Buckwheat can be eaten raw, but as it contains phytic acid, it is often advised to soak the buckwheat first as this helps to reduce some of the acid. Buckwheat can also be sprouted, and is packed with nutrients and live enzymes if eaten in this way. 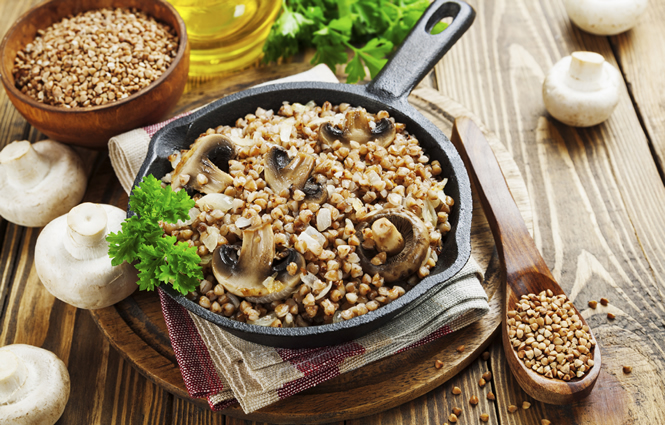 When cooking buckwheat, there are two types that can be used: raw buckwheat or toasted buckwheat, also known as kasha which offers a crunchier texture, nuttier flavour and a reduced cooking time.

Boiling is the most popular method of cooking buckwheat, and it can be boiled in much the same way as quinoa or couscous. 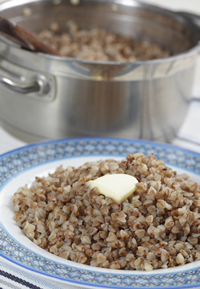 Boil one cup of buckwheat to two cups of water or stock, though if you find this is too mushy, reduce the liquid content. One cup of raw buckwheat will roughly provide 4 cups once boiled.

Buckwheat can take as little as 5 minutes, though some people prefer to allow it to boil for as much as 30 minutes – it all depends on the texture you prefer. Generally speaking, the buckwheat is ready once the water has been absorbed.

An alternative to boiling buckwheat is steaming it. This may take slightly longer than boiling as the buckwheat slowly absorbs moisture, cooking it evenly.

After cooking, fluff the buckwheat up with a fork or whisk to give it a light texture.