Effective prevention of RTIs in children has far-reaching benfits including the reduction of RTI complications and maybe of antibiotic prescriptions. Many parents rely on vitamins and food supplements with unknown efficacy and safety profile in this population.

The aim of this randomized, controlled and blinded study was to investigate safety and efficacy of Echinaforce® Junior tablets for the long-term prevention of RTIs over 4 months.

The majority of children using Echinaforce® Junior remained free of RTIs and reported 32.5% fewer cold and flu episodes than the control group.

6 children (5.8%) with Echinaforce® Junior required antibiotics on 45 days in comparison to 24 prescriptions in the vitamin C group administered over 216 days, as shown in in the graph below: 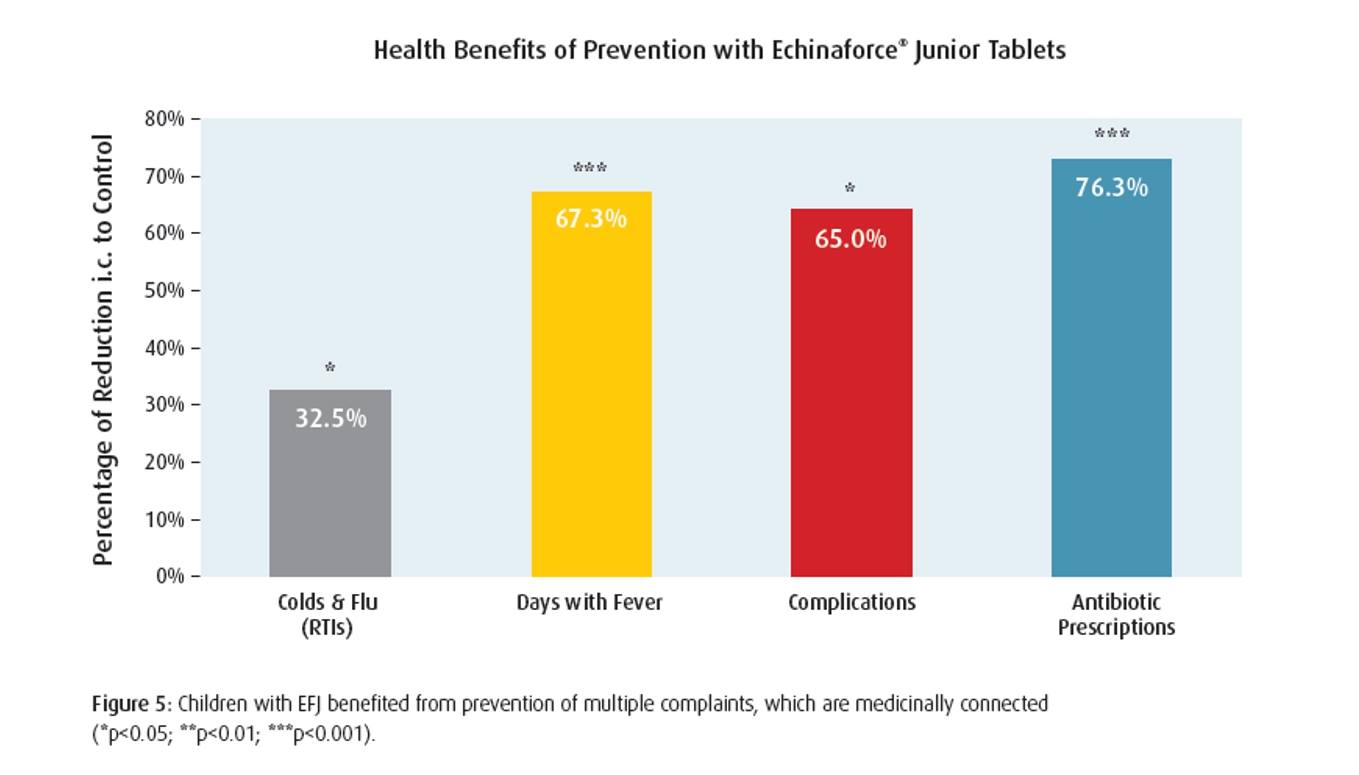 Reduction in use of antibiotics

The reduction in use of antibiotics was associated with a marked 65.0% prevention of bacterial super-infections and of RTI complications (pneumonia, tonsillitis or otitis media), where 9.7% and 20.4% of children experienced 11 and 30 events with Echinaforce® Junior tablets and control, respectively. A significant reduction of influenza (3 vs. 20 detections) and of membranous virus infections overall (28 vs 47 detections) was further found for Echinacea.

Echinaforce® Junior tablets was non-inferior to Vitamin C with respect of safety, whereas 49.5% and 45.9% of children experienced 76 and and 105 adverse events. 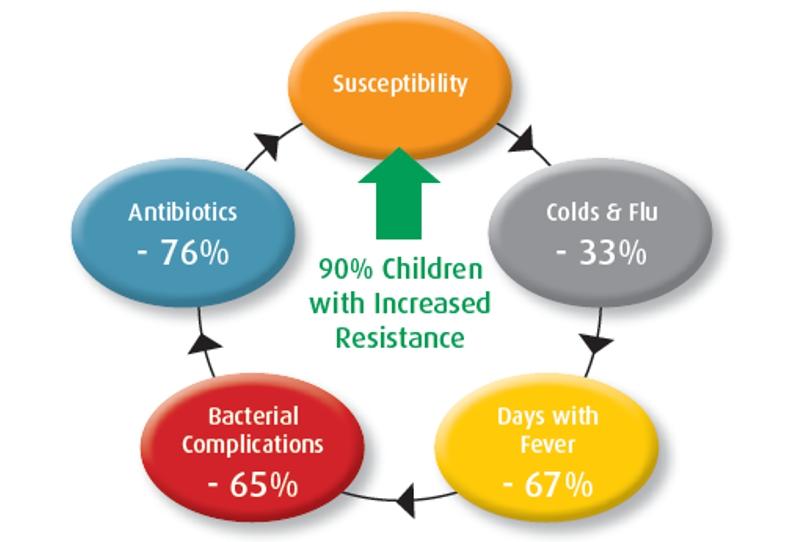 The results demonstrate significant health benefits in children using Echinaforce® Junior tablets   which include the principal prevention of RTIs but also the reduction of secondary complications.

Echinaforce® Junior tablets significantly prevented membranous virus infections such as influenza, which has already been seen in adults. Children demonstrate more robustness and a noticeably increased immune resistance to finally end in a significantly reduced need for antibiotic prescriptions.

Respiratory tract infections (RTIs) produce a tremendous pressure on the health care provider to dispense antibiotics as a result of parent’s expectations and the difficulty in clinically differentiating viral from bacterial ethiology. Experiencing severe illness in their child, parents have little sympathy with the WHO’s recommendations to reduce antibiotics.

Prevention of RTIs could effectively solve the dilemma beforehand and Echinaforce® extract has been shown to work in adults - evidence in children was lacking so far.

The use of 1200 mg extract from freshly harvested Echinacea purpurea is effective and safe for the long-term prevention in children: The immune resistance is noticeably improved as manifested in a reduced number of respiratory tract infections, otitis media, pneumonia or tonsillitis (complications). In consequence, antibiotic prescriptions with Echinaforce® Junior tablets are significantly reduced.