Controlled organic cultivation of medicinal plants at A.Vogel (1): the production of own seeds.

Highest quality for best effect: This motto applies to the cultivation of medicinal plants at A.Vogel. Particular attention is paid to seeds. 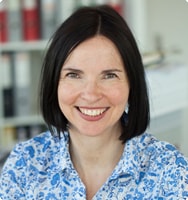 Vanathy Erambamoorty, Head of Cultivation at the company since August 2020, together with her team of experienced gardeners, ensures that healthy seeds produce plants with powerful healing properties.
Seeds form the basis for agriculture, for our food and are thus the foundation of our existence. When it came to medicinal plants, no one knew this better than natural healing pioneer and company founder Alfred Vogel, especially when it came to Echinacea purpurea, the first seeds of which were brought to him by Lakota Chief Ben Black Elk in the early 1950s. "I grew echinacea in the Engadine (at an altitude of over 1600 metres) and slowly acclimatised it. However, I had to ... wait for 15 years until the echinacea plant of the Oglala Lakota Indians had fully adapted to the difference in climate through good care."

"From each last harvest, the seeds of a certain part of the plant are left to mature. We take care to harvest seeds from a sufficient number of plants," explains Vanathy Erambamoorty. Ideally, plants should remain genetically similar across generations.
"In selecting a suitable Hypericum perforatum variety, care was taken to ensure that the plant had certain characteristics, such as not snapping off when growing high, that the crop was abundant, and that the content of valuable ingredients met our requirements."

A.Vogel works with pure-line varieties wherever possible. This is the name given to plants from which germinable seeds can be harvested. Sowing them in subsequent season, you get plants that have the same characteristics as their parents. Pure-line varieties can therefore be propagated year after year. In this way, one obtains - in all likelihood - plants that have adapted to the climate of their location and deliver healthy, stable yields.
The collected Echinacea purpurea seeds are re-dried, cleaned, filled into bags, labelled and stored safely - not exactly in the "Svalbard Global Seed Vault", the worldwide seed vault in the Arctic on Spitsbergen, but similarly well "bunkered". After all, the seed produced in-house is the first central link in the comprehensive value chain of a company specialising in the production of medicines.

Pre-germinated in a climate chamber

The seeds are sown directly in soil press pots and pre-germinated in a climate chamber. Then the boxes with the germinating and growing seedlings go into the heated greenhouse. Later they are moved to lower temperature areas to make them more resistant. At the end of April to the beginning of May, seedlings are then planted outdoors in the fields.
Every year A.Vogel cultivates large quantities of the young medicinal plants. Up to 300,000 seedlings can be planted directly in the fields in Roggwil TG and with contract farmers in the region and nurtured to flowering in accordance with organic criteria.
In addition to Echinacea purpurea, A.Vogel also produces its own seeds of St. John's wort (Hypericum perforatum). Seeds of certain varieties of sage (Salvia officinalis), thyme (Thymus vulgaris), oats (Avena sativa) and artichoke (Cynara scolymus) are purchased from certified suppliers.

Controlled organic cultivation is state of the art at A.Vogel wherever possible. In any case, on the company's own fields and on those of contract farmers; wild collection is naturally an exception. Organic seeds are obtained from plants that have already been grown under controlled organic conditions - on uncontaminated soil, free of pesticides and synthetic chemical fertilisers. "Of course, we also refrain from using chemical synthetic dressings, with which seeds are often treated in conventional cultivation to make them germ-free and thus protect them from pathogens," explains Cultivation Manager Vanathy Erambamoorty. The chemical-synthetic dressing seems to be a sensible concern at first, but in the process the seeds are contaminated with harmful agents, which are blamed for bee mortality, among other things.

The quality requirements for organically produced raw materials have increased considerably over the years, not least on the part of the regulatory authorities. Thus, in addition to the content of active substances specified in the pharmacopoeias, the authenticity of species and varieties and an exact traceability of the starting material should be documented. This even applies for plants that are traditionally wild-collected and cultivated.
A.Vogel's plant material is produced in accordance with EU organic regulations and GACP (Good Agricultural and Collection Practices), both of which are also binding for Switzerland.

Head of Cultivation at A.Vogel AG

Vanathy Erambamoorty studied for a Master's Degree in Agricultural Sciences at ETH; she graduated in 2018. She wrote her master's thesis on a medicinal plant. She worked as a trainee in research and later as a Division Manager in the production of tunnel and special cultures. Vanathy Erambamoorty is the Head of Cultivation at A.Vogel AG since August 2020.

* Monthly Specials *
Great offers, not to be missed on avogel.ca!