Dementia is a devastating disease that affects millions of people worldwide, including Canadians.

There is no known cure, and treatments are limited. So, anything that might help reduce the risk of dementia is worth looking into. Recently, there has been some interest in the potential of omega-3 fatty acids to protect against dementia. We'll explore the types of dementia and take a closer look at the research.

If you hear the word and immediately think of Alzheimer's, then you are familiar with the most common type. Unfortunately , the umbrella of dementia is far broader than just Alzheimer's. The most prominent study to date produced by the Alzheimer Society of Canada shows distressing data if we don't intervene.

Lewy body dementia is the second most common type of dementia, accounting for 10-20% of all cases. Lewy body dementia is a progressive disorder that causes abnormalities in the brain called Lewy bodies, aggregates formed of alpha-synuclein and ubiquitin proteins. Men are at higher risk for this form.4

Frontotemporal dementia is a rarer form of dementia that accounts for 5-10% of all cases. As the name implies, it is a progressive disorder that affects the frontal and temporal lobes of the brain. This leads to a decline in cognitive function. Symptoms of frontotemporal dementia include changes in personality and behaviour, as well as difficulty with language and decision-making.

Vascular dementia is a type that can occur after a stroke or other cardiovascular event. Vascular dementia is caused by damage to the blood vessels in the brain, which leads to a decline in cognitive function. As plaque buildup in the arteries can be a risk factor, those with hypertension, diabetes, and hyperlipidemia should be more conscious of establishing good health habits as a preventative measure.5

Consider fatty acids to protect yourself.

Omega-3 fatty acids are found naturally in some fish and shellfish, as well as in plant sources like flaxseeds, chia seeds, and walnuts. They have a variety of health benefits, including reducing inflammation and promoting heart health. Some studies have also suggested that omega-3 fatty acids might also help protect against cognitive decline and dementia.

For example, one large prospective study followed more than 215,083 adults over the course of 8 years. The researchers found that those who had higher blood levels of omega-3 fatty acids were less likely to develop all-cause dementia during the study period than those with lower levels.8 Another cohort study looked at 211,094 participants throughout the United Kingdom and followed up after 12 years. Those who consumed fish oil regularly had lower risks for all-cause, vascular, and frontotemporal dementia. The authors concluded, "These findings support that habitual use of fish oils may be beneficial for the prevention of dementia in clinical practice."9

While all of these benefits are encouraging, fish oil is not appropriate for certain groups of people like those following a vegan diet. That is why products like VeganOmega3 are sourced from flaxseed and algae oil, providing a blend of ALA, EPA and DHA. In the meantime, those looking to add more vegetarian and vegan friendly dietary sources of omega-3 to their week should consider chia seeds, hemp seeds, walnuts, flaxseeds, and perilla oil.

The research on omega-3 fatty acids and dementia risk is encouraging and will expand in the years to come. 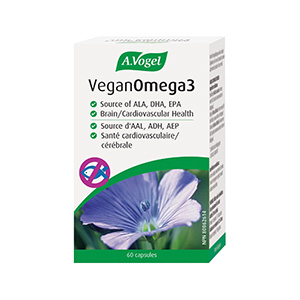