A recent story run by CTV News was titled, "'It's very concerning': Cases of common childhood infection on the rise, leaving parents worried." It tells the story of a daughter battling a less-known infection known as respiratory syncytial virus (RSV).

RSV is a respiratory pathogen that infects the lungs and breathing passages, affecting people of all ages, and becoming more serious in infants and young children.1

Canadians Should Be Aware of RSV Season

As winter approaches in Canada, so does RSV season with the typical period lasting from November until April.

Symptoms include coughing and wheezing, which can make it hard to breathe. RSV can also cause fever, runny nose, and reduced appetite. Infants and young children with RSV may also have difficulty feeding and may even stop breathing for short periods of time. In severe cases, RSV can lead to pneumonia or bronchiolitis (inflammation of the small airways in the lungs).

Each year, RSV causes thousands of hospitalizations and some deaths among children under the age of 5 in Canada.2 Accounting for 9% of all hospitalizations in infants, RSV can require a stay in intensive care and is sometimes fatal.3

Studies have also linked RSV-associated hospitalizations before the age of two with an increase in wheezing during childhood.4,5,6 This is why it is important to nurture the immune systems of young kids. Adults over the age of 65 are also at risk for severe illness from RSV.

There is no specific cure for RSV, but treatment focuses on relieving symptoms and supporting the immune and respiratory systems.

A deeper dive into our systems...

The link between the respiratory and immune system is well established.

The lungs are constantly exposed to potentially harmful airborne particles, making them susceptible to infection. Meanwhile, the immune system is responsible for recognizing and fighting off pathogens. Thus, the two systems work closely together to protect the body from illness:

This intricate dance is what has kept humans alive for millennia.

Tips for Preventing the Spread of RSV

RSV is typically spread through contact with respiratory secretions, such as saliva or mucus. It can also be spread through close contact with an infected person, such as hugging, kissing, or sharing cups or utensils. There is no vaccine for RSV, so one of the best ways to prevent its spread is through good hygiene practices:

What about some herbal support?

Echinaforce is an herbal supplement that has been traditionally used to help protect against infections. Recent studies have shown that it can also help to protect against enveloped viruses, such as RSV, adenovirus, and rhinovirus.7,8,9 Echinaforce works by bolstering the response of white blood cells, which help to fight off infection.10 It also contains compounds that can directly inhibit the growth of viruses.

In one study, people who took Echinaforce were found to have a significantly lower risk of developing viral respiratory infections. This helped to prevent the spread of the virus and reduced the severity of symptoms.11 As a result, Echinaforce may be an effective way to help protect against enveloped viruses such as RSV in the months ahead.

9. Schapowal, Andreas. "The triple action of the herbal medicine Echinaforce® in the treatment of colds and flu-like infections." Schweizerische Zeitschrift für Ganzheitsmedizin/Swiss Journal of Integrative Medicine 23.1 (2011): 40-44. 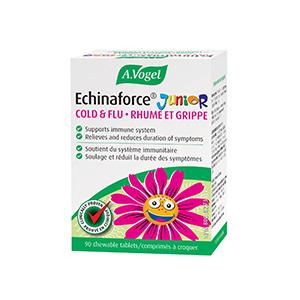 Clinically shown to help prevent, shorten and relieve the symptoms of upper respiratory tract infections (URTI) such as the common cold and flu-like episodes. Supports the immune system.