Bronchitis is an inflammation of the airways that carry air to your lungs.

In bronchitis the bronchial tube of the respiratory tract is infected by a virus or bacteria resulting in inflammation. It is a common affliction, and each year approximately two million Canadians self-report an episode of acute bronchitis.
COPD (chronic obstructive pulmonary disease) is the collective term for (chronic) bronchitis and emphysema. COPD is an incurable lung disease characterized by a permanent narrowing of the respiratory tract, resulting in shortness of breath and bouts of coughing. The patient may feel constantly symptomatic, unlike asthma which is characterized by "good" periods without manifesting symptoms.

What helps with bronchitis? What can you do for yourself?

Acute bronchitis usually heals by itself after about two weeks, otherwise known as self-limiting. You may still suffer from a cough though, and some lingering fatigue. The road to recovery is about one single principle: build your immunity back up This can be done through the following measures:

Where are your bronchi?

When breathing, the air enters into the lungs through the larynx or "wind pipe". In the lungs are small tubes that branch out and those are the bronchi. They extend from the wind pipe to the pulmonary alveoli.
The function of the alveoli, small collections of grape-like structures, is to ensure that the oxygen from the air is absorbed in the body as waste products like carbon dioxide are removed through exhalation. The inside of the bronchi is lined with mucous membrane and if infected, the mucous membrane starts to produce more respiratory secretions in an attempt to reduce inflammation and trap pathogens.

Bronchitis may have several causes as the braochi of the respiratory tract become infected. The main reasons are:

But most cases of chronic bronchitis start with breathing in of harmful vapours or particulate matter, originating from factory work or even car exhaust.
The main cause of COPD is smoking.

Both acute and chronic bronchitis are recognizable through several symptoms:

Chronic bronchitis can also lead to changes in weight. Clinically speaking, the trouble with bronchitis is that many of its symptoms overlap with other acute respiratory infections or conditions such as pneumonia or asthma. Your primary care provider will need to examine you to better determine the cause.

A long-lasting acute bronchitis may become chronic if it persists for more than a few weeks. In those cases, the bronchi are almost constantly infected or irritated. The lung function gradually deteriorates and, in worst case scenarios, you may begin to develop the other form of COPD known as emphysema sets which causes damages to the pulmonary alveoli. Emphysema is characterized by other symptoms including blue/gray fingernails and feeling less alert.
The main cause of chronic bronchitis is smoking as the mucous membrane become more productive than normal, leading to feelings of anxiety and extensive coughing as the phlegm accumulates.

What is the difference between acute and chronic bronchitis?

There are a few differences between acute and chronic bronchitis.
First, acute bronchitis will be gone sooner with 50% saying goodbye to their cough within three weeks. With chronic bronchitis, the damage may become permanent as the sensitive lung tissue becomes damaged and the body replaces it with scar tissue to mitigate the assault. Sometimes you may notice an improvement, but the cough always sticks around.
The second difference is the cause. With acute bronchitis, the infection of the bronchi develops after a cold or the flu, while chronic bronchitis may be caused by environmental factors such as exposure to particulate matter,, but is caused by smoking in over 90% of cases.

Can a “normal” bronchitis become chronic?

It is unlikely that acute bronchitis due to pathogens such as viruses or bacteria leads to the lasting damage that characterizes chronic bronchitis. Exposure to smoke is the main factor as the toxins in cigarettes irritate the lining of the lungs, and eventually cause deterioration.

Yes and no as it depends on the cause of the bronchitis. If the bronchitis is caused by air pollution, inhaled smoke or an allergy, it is not contagious; the bronchi were not compromised by pathogens.
With bronchitis caused by a viral or bacterial infection, there is a chance of passing it on to others, through coughing.
Someone with a healthy immune system may not feel any discomfort nor become infected. However, people with weakened resistance may become infected as their body struggles to manage a battle with the pathogen and control the inflammation all at once.

Chronic bronchitis or COPD is a serious progressive and degenerative disease which requires medical supervision. Consult a doctor, especially if you are experiencing chest pain, if breathing or coughing is painful or if you cough up blood or rust-coloured mucus. During your consultation, you can discuss a natural treatment if you wish to augment treatment of your symptoms as the extra mucus is often the main complaint.

A physiotherapist can teach you a breathing technique to get rid of superfluous mucus. This technique is called Forced Expiration Technique (F.E.T.). In a number of cases, tapping is necessary to help dislodge the mucus adhering to the walls of the respiratory tract meaning the mucus can be expectorated more easily.

A doctor can assess if recovery necessitates antibiotic treatment when it is determined to be a bacterial cause. In case of anxiety, your doctor may prescribe bronchodilators.
The most important tips with bronchitis are:

Do children have bronchitis more often?

Children younger than three, just like the elderly (65+) have a greater chance of getting bronchitis in what is referred to a bimodal distribution of incidence. Toddlers have yet to develop the breadth of antibodies that older children have, and the immune system begins function less effectively with age. Infants are sometimes hospitalized, but this seldom happens after the age of one.

What should you do with bronchitis in combination with a fever?

Bronchitis may be accompanied by fever. Your immunity is lowered by the battle raging within the infected bronchi which diverts resources, making you more susceptible to viruses, bacteria and infections.

Fever by itself – apart from being annoying – is not dangerous. Make sure that you drink enough water. If you suffer from a persistent fever accompanied with coughing, you should consult a doctor. You may have pneumonia.

What is the difference between asthma and chronic bronchitis?

In both asthma and bronchitis, the bronchi have the potential to become inflamed, however, there are differences. To note, the differences are more clinically relevant when asthma is compared to the chronic form as opposed to the acute form.

When to see your doctor?

I’m 60 and want to find out which foods and supplements are best for supporting my immune system?

The immune system can become weary as we age and as in any age group, it becomes far less efficient ...
Read more

What should I do about a persistent dry cough?

For your cough, there are two options from A.Vogel including the Santasapina Soothing Cough Syrup ...
Read more 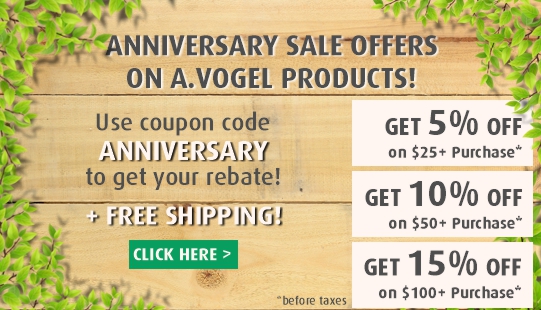