Between tradition and science, experience and research

Plants are Man’s first medicines. Throughout history, people all over the world have used herbs to improve health – they have been central to the art of healing. A constant process of searching, testing and verification in all cultures across the globe resulted in the development of an empirical science. Today, many plants have an established place within scientific medicine and are used for a broad range of health conditions. This first article in a series, describes the history of herbal medicine, and its use today as a modern scientific discipline we call phytotherapy.

Nature is our pharmacy

Alfred Vogel (1902–1996), the prominent Swiss herbalist and naturopath, often pointed out that nature provides a vast and profound array of herbal remedies. While that is undoubtedly true, it must be remembered that as long as people are the ‘pharmacists’, it is impossible to rule out mistakes and aberrations. This is because nature provides us with everything – helpful remedies and useless placebos, narcotic drugs and deadly toxins. And, whether the plant leads to death or healing often depends on how it is used, or the dose. Even today, there is still a widespread misconception that a herbal remedy is essentially harmless. 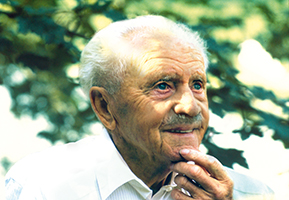 It also goes without saying that, throughout the history of herbal medicine, many mistakes have been made. Today, however, we can assume that any herb that is used on an established basis has also proven itself.

When applied to phytotherapy, this would mean that a plant that has been used by many people for a long time has no further need to prove its effectiveness.

This medical theory contrasted with the Christian view that God provided a cure for every illness in the cosmos he created. The concept of a God-given herbal medicine led to the development of the ‘doctrine of signatures’, in which Paracelsus in particular played a significant part. The healing effect of plants was deduced from their taste, shape, colour and other characteristics. In other words, herbalists had to decipher the signs given by the creator.

This led, for example, to celandine (Chelidonium majus L.) being used as a remedy for the gallbladder and liver because of its yellow sap, to orchids being used as an aphrodisiac because their tubers resemble male testicles, and to walnuts being used for mental illnesses because their appearance resembles the surface of the brain.

From the Baroque period onwards, attempts were made to research the composition of plants. However, as the research techniques used were mainly burning the plants, they proved largely unsuccessful.

After the fall of the Roman Empire, the tradition of herbal medicine moved to the monasteries. The writings of famous healers from earlier times were copied, and many monasteries established and maintained herb and medicinal plant gardens, which led to the acquisition of new medico-botanical knowledge.

For example, Walahfrid Strabo, the abbot of Reichenau, wrote didactic poems about medicinal plants in the 9th century, and the abbess Hildegard von Bingen (1098-1179) wrote two books in Latin which played an important role in the spread of herbal medicine.

The heyday of books on herbs started in the 15th century, with ever more detailed drawings and descriptions of ‘medical-pharmaceutical plants’. Illustrated books on herbs written by the botanists Otto Brunfels, Hieronymus Bock, Leonhard Fuchs and Theodorus Tabernaemontanus (all 16th century), all of whom were also physicians, are now treasured.

During this period, many attempts were made to develop a systematic classification of plants. However, this did not happen until 1735, when the Swedish physician and natural researcher Carl von Linné succeeded in ending the chaos surrounding plant descriptions and introducing basic principles for a botanical nomenclature.

Nevertheless, international rules for botanical description and nomenclature were not introduced until the end of the 19th century. Today, genetic tests are used to provide additional knowledge for species determination.

Some doctors and plant scientists claim that nothing has damaged the acceptance of phytotherapy (modern or scientific herbal medicine) as much as the repetition of obscure indications emanating from the era of medieval herbal medicine.

More than sixty years ago, Professor Rudolf Fritz Weiss (1895-1991), the founder of scientific herbal medicine, publisher of the renowned phytotherapy journal "Zeitschrift für Phytotherapie" and author of the seminal work "Lehrbuch der Phytotherapie" (Herbal Medicine) also published in English, Danish and Japanese, stated: "We must prove that herbal medicine does not in any way lag behind other areas of medicine in terms of scientific thoroughness and practical usefulness." 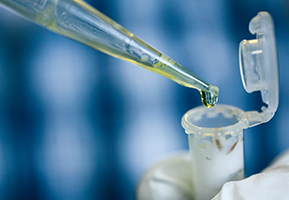 It all started with the rise of organic chemistry. The first active substance isolated from a plant was in 1805 - morphine from opium. This was followed in quick succession by many other substances, which were referred to as phytopharmaceuticals.

Strychnine from the poison nut tree (Strychnos nux vomica) in 1819, caffeine from the coffee bean (Coffea) in 1819, quinine from red cinchona (Cinchona pubescens) in 1820, codeine from opium in 1832, digitoxin from the purple foxglove (Digitalis purpurea), strophanthin from the seeds of the African climber (Strophanthus gratus) and atropine from deadly nightshade (Belladonna atropa) were early, important milestones in the discovery and isolation of plant-based constituents. Many of these substances are known to people without any specialist medical knowledge.

Gradually, numerous other constituents were isolated, their structures explained, and their empirical effects were scientifically proven. Once the chemical structure of the natural substances had been found, this was soon followed by synthetic manufacture within a laboratory, or what we know as pharmaceutical or chemical medicine.

So, with the advent of chemically synthesised medicines, traditional medicinal plants took a back seat and not much work was done with them. People preferred the precise chemical definition of synthetic medicines and the fact that the effects could be measured immediately and clearly in experiments, and they were excited to be able to reproduce the results at any time.

Although this approach was one-sided, it actually gave a significant boost to phytotherapy as a whole, because in this way it again became part of scientific research.

(Too) many plants neglected

The push to isolate the effective constituents of a plant to form a medicine is largely only suitable for highly effective medicinal plants (known as Forte or high strength herbal medicines) where one or only a very few plant compounds produce the effect.

These high-strength herbal medicines have secondary effects, and some are extremely toxic. An example is the purple foxglove - it is undoubtedly more sensible to treat cardiac arrhythmias with isolated digitalis preparations, which can be accurately dosed, rather than with a tea made from the p

lant. The balancing act between a healing and a toxic dose would be far too risky.

The disadvantage of this approach lies in the fact that, for many well-established and popular medicinal plants, it was not possible to isolate an individual active compound that might account for the plant’s action. This is particularly so with many plants that exhibit gentle or mild effects, containing a complex array of plant compounds.

For these plants, science has been able to show us that, as a whole, the plant works. But this activity is not seen when individual compounds are studied. It seems logical to suggest that the therapeutic power then comes from the interaction of the many compounds present, rather than from one individual compound.

This is the case with many of the herbal medicines we use today. For these, it would be totally wrong to equate ‘gentle and mild’ effects with ineffective – on the contrary, it means that whilst the medicinal plant may not produce an immediate intensive effect (as in the case of a digitalis injection) it can also be taken over a long period without causing any harm.

A method not outside the mainstream

Herbs can be used to treat a wide variety of health disorders, both acute and chronic.

Although herbal remedies or phytopharmaceuticals (referred to in international terminology as HMPs or Herbal Medicinal Products) play a subordinate role in the medical treatment of patients in many countries, a change of thinking has become apparent throughout the world in recent years. It is now recognised that modern herbal medicine, or phytotherapy, has its strengths and that synthetic medicines and medicinal plant preparations can and must complement each other.

Moreover, it is not only doctors who are responsible for the preference for strong and fast-acting preparations, with their side effects and resistances. Patients too, often insist on quick solutions without considering the side effects or getting to the root cause of an illness.

The secret lies in natural diversity

A pure active substance consists of a single chemical molecule (or compound), which cannot be purified further using physical methods. These have precise and known physical characteristics, pharmacological effects and side effects.

However, a plant contains hundreds, indeed thousands, of chemical compounds acting in a synergistic way. Many conventional test methods are not able to cope with the complexity of plant extracts and as a consequence, it can be extremely difficult to confirm the empirical and traditional use of a herb.

For example, the ‘secret’ of the calming effects of baldrian (Valerina off.) or passion flower (Passiflora incarnata) has still to be fully deciphered, despite a well-established history of use.

Isolating and testing individual plant compounds only tells part of the story. This is because the other compounds present, although seemingly unimportant, influence the type, duration and timing of the plant’s effect.

According to Professor Reinhard Saller, the first director of the Institute of Naturopathy at a Swiss University (Zurich), "Besides the highly effective constituents, even the ancillary active substances and the fibres contribute to the beneficial effect and tolerability of plant-based drugs.".

"Every plant represents something complete and self-contained; it is a formula based on intelligence, foresight and wise planning. The value of each plant is jeopardised if its functional, reasoned fabric is ripped apart. "

Dependent on the vagaries of nature

As we have seen, medicinal plants contain a mixture of many plant compounds. The situation is made even more complex because this mix of active substances is not constant for any given plant whilst it is growing.

The quality of each plant depends on the soil it grows in, weather and the time of harvesting – all factors that can affect the levels of types of plant compounds.

And to complicate the issue further, even an individual plant can exhibit a slightly different spectrum of constituents compared with a neighbouring plant growing in the same field under the same conditions.

The next articles in this series will explain how high-quality, consistently effective and safe medicines are produced. They will also examine the role played by the ‘production philosophy’ of Alfred Vogel.