Phytotherapy and its forms

The many facets of herbal medicine

In our first article in this series we gave a very brief outline of herbal medicine, sitting between tradition and modernity. This article explores how phytotherapy still finds itself caught in a conflict. On the one hand, there is pharmacology, whose prime aim is exact scientific measurement. On the other hand, there is herbal medicine in which the vibrant principle of holistic health is equally important.

The Swiss naturopath, Alfred Vogel, recorded his observations in his practice and daily contact with patients. For him, the individual subjective feedback received combined to form an aggregate sum of experiences. He attached great importance to these empirical observations – what his patients said to him.

However, such an approach is no longer adequate today because medicines must satisfy a variety of orthodox demands for conclusive proof of effects. This is usually done through controlled clinical studies, which cost vast amounts of money and take a lot of time. Here, drugs with selective effects when treating a very specific symptom have advantages over a broad-acting herbal medicine that, as well as curing symptoms, also intervenes in the body's own regulation mechanisms in order to restore order.

In order to license or register a drug, the regulatory authority in each country requires proof of efficacy, safety and quality. The same also applies when registering herbal medicines.

In contrast to synthetic medicines, which consist of a precisely defined chemical single substance, plant-based drugs contain a whole range of compounds. The totality of these constituents represents the active substance, whose efficacy – to date at least – often cannot be isolated and assessed using scientific methods.

Consequently, simplified registration procedures apply to traditional plant-based medicines, which are used as preventive, supportive or fortifying measures as part of self-medication. This takes into account the fact that there are plant-based medicines and preparations with a long tradition and a high level of safety. Proof of tolerability and safety is provided in the form of documentation, with evidence that the preparation has been used for medicinal purposes for at least 30 years (including at least 15 years in the European Union). With regard to quality, the conditions for registration are no different for rational phytopharmaceuticals compared to those for synthetic drugs.

When discussing plant-based medicines, it is unfortunately necessary to address a dark aspect. Not every consumer makes a precise differentiation between plant preparations, herbal medicines (which require registration/licensing from the regulators) and other ‘natural products’.

Some products which are sold under the ‘natural’ label are pure quackery. Products range from useless plant preparations and ‘wonder juices’, which claim to cure everything from arthritis to cancer, through to contaminated herbs from the Far East.

This makes it all the more important that consumers have the opportunity to use products from a renowned, trustworthy company and to obtain comprehensive information.

How many plants are out there?

But let's return to the basis of phytotherapy - the plants. The earth as a whole has around 300,000 to 400,000 plants*, of which just under 10% have had any form of research carried out into the possible use as medicines. 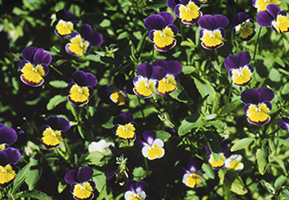 From China to America, innumerable experts and committees endeavour to collect, view and analyse historic and current data on the different medicinal plants. Starting with the World Health Organisation (WHO) and numerous Internet databases through to international and national organisations that have devoted themselves to promoting herbal medicine and medicinal plant research, a truly mind-boggling host of data is being accumulated.

HPMC plant monographs are fundamental and authoritative documents for the licensing of plant-based drugs in the EU and Switzerland. The Committee on Herbal Medicinal Products (HPMC) is a working party of the European Medicines Agency (EMA) and has produced numerous ‘Community plant monographs’ in which plants or plant parts, their constituents, their type and method of use, their effect and their safety are described and scientifically evaluated.

*(In 2010, the inventory of a British-American team of researchers revised the previously stated number of plants down from 900,000 plants to between 300,000 and 400,000. The reason for the earlier miscalculation is apparently that many plants had been counted multiple times.)

Research into traditional medicinal plants from around the world is one branch of science that has seen much activity, and which will see even more developments in future. This is known as ethnobotany.

Alfred Vogel played a pioneering role in this field. He was interested in the medicinal plants and healing foods of indigenous peoples. He encountered the papaya in South America, observed the use of Echinacea purpurea in the USA, came across the kelp in California, grew Chinese rhubarb and tropical paracress (Spilanthes oleracea) in his own garden, studied the effect of ginseng in Korea and the healing power of the devil's claw (Harpagophytum procumbens) in the Kalahari Desert. He used his many foreign trips to learn how complaints were cured and with which native plants.

Today, many big pharmaceutical companies and scientists are doing the same - returning to nature's apothecary in the search of new medicines. Expeditions travel to the remotest corners of the globe to research the traditional use of medicinal plants among the indigenous populations, to secure the sometimes seriously endangered knowledge and, where possible, to find medically interesting plant constituents to develop new medicines. This has already happened for certain forms of cancer and malaria.

Often, terms such as ‘green’, ‘gentle’, ‘natural’ and ‘holistic’ medicine are used loosely. This can create great bewilderment among consumers. For example, herbal medicine and homeopathy are frequently confused.

In conventional medicine, drugs are, in general, used to combat an illness and its symptoms. This principle is known as allopathy (directed against an ailment). Phytotherapy is also based on this principle.

In homeopathy (similar to the ailment) the theory maintains that in diluted (potentised) form, a substance which produces certain phenomena in healthy people has a healing effect for a patient suffering from the same phenomena.

Common features of homeopathy and phytotherapy are that they emphasise a holistic approach and the regulation of self-healing powers, and are based on empirical values. In contrast to herbal medicine, the scientific evidence for homeopathic products is less clear cut.

This somewhat brief statement sums up their common features. However, the differences are much more significant. In homeopathy, the underlying substances are diluted (potentised) – sometimes to such a great extent that it is no longer possible to prove any toxicity, even for poisons such as arsenic or deadly nightshade. Critics claim that the products, which are manufactured using a precisely specified procedure (succussion), are diluted until they become ineffective. Proponents of homeopathy maintain that the ever-increasing dilution intensifies the effect, and refer to information, vibrations, and energies that transfer to the carrier material (such as alcohol or lactose solutions).

According to the classical principles of homeopathy, physical and mental observations must be precisely clarified before a remedy is administered, because each is a special case.

Healing is based on the similarity principle established by Samuel Hahnemann (1755-1843), the founder of homeopathy. After reading a report about cinchona, which could cure the fever caused by malaria, the physician from Leipzig experimented on himself and observed that taking cinchona produced severe fever. He believed he had found a universal principle: like cures like, provided it is taken in minute doses.

Opponents of homeopathy often claim that it is not so much the remedies that are given but rather the detailed consultation with the doctor or therapist that has the healing effect. Advocates, on the other hand, point out that homeopathic medicines are particularly effective for young children and animals.

The pinnacle of phytotherapy: Medicines from fresh plants

Plant-based medicines are usually produced from drugs – although this word is often associated with the pharmaceutical industry, it is the technical term used to refer to dried herbs and originates from the word ‘droge’ or dry used in the 15th Century.

Even today, drugs or dried plant material, are widely used in the manufacture of herbal medicines. However, in the drying process, active plant substances can be lost. The advantage, however, is that they can transported long distances and stored, although in doing so, they have to be protected against pest infestation, usually using chemicals. 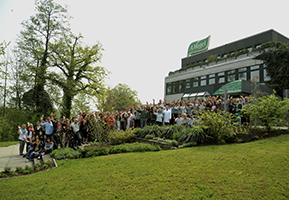 The production facility found at Bioforce AG in Roggwil, Switzerland, established by Alfred Vogel as far back as 1963, is an exception to the rule. Wherever possible, it uses fresh plants in its product, according to Alfred Vogel's thinking and thus offers consumers something very special.

This method of production presents many challenges: careful selection of seeds and plants, cultivation sites, soil properties, controlled organic cultivation and careful processing – these are all factors to consider in the self-imposed guidelines of a unique manufacturing concept.

The articles that follow examine exactly what fresh plant processing according to Alfred Vogel, from fields to factory within 24 hours, entails.