Buckwheat is a crop cultivated mainly for its edible seeds. Despite its name, buckwheat is not related to wheat, and is therefore suitable for those on a gluten-free diet. Like quinoa, buckwheat is a pseudo-cereal (it is not a grass, but is used in the same way as true cereals.) It is thought that it was first cultivated as far back as 6000BC. 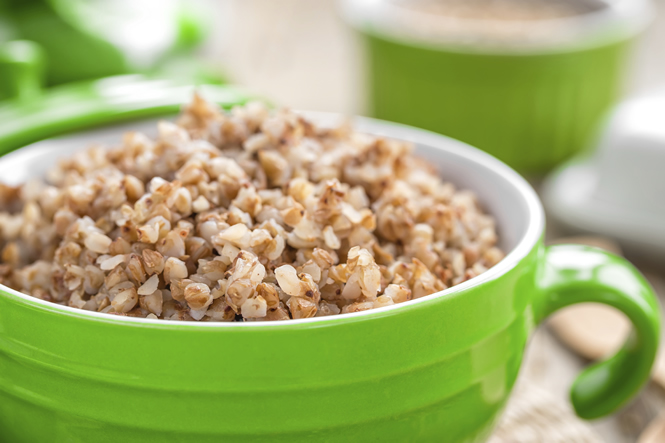 An Introduction to Buckwheat

Belonging to the Polygonaceae family, buckwheat grows 75-125 cm high, and has a short growing period of up to 12 weeks. It adapts well to its environment, making it possible to grow in areas, such as Tibetan plateaus, where wheat, for 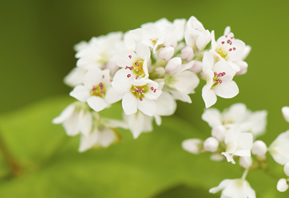 example, cannot survive.  Buckwheat flowers are usually white in colour, though they can also be yellow or pink.

As buckwheat is gluten free it is often used as a substitute for wheat, oats, barley or rye. However, it should also be considered by those not on a gluten free diet, as it is not only very tasty but has many health benefits too.

Buckwheat flour, also gluten-free, is the ground up seeds of the buckwheat plant. It is an effective substitute for standard wheat flour, often being used in baking. 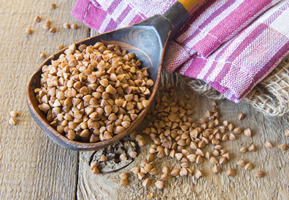 As buckwheat and buckwheat flour are considered to be gluten-free, these products are seen as suitable for a coeliac diet. A good source of dietary fibre, buckwheat is a source of nearly all of the amino acids. It is also a good source of manganese and magnesium, and is very low in cholesterol and sodium.

High in fibre, buckwheat cleanses the intestines, helping to regulate bowel movements. A diet high in fibre has also been seen to be linked with a lower risk of cardiovascular disease. This is complemented by the high levels of lignans in buckwheat. Lignan is a phytonutrient which is thought to have links with promoting good heart health. Additionally, buckwheat is a good source of magnesium, which relaxes the blood vessels, improving blood flow, and promoting a healthy blood pressure level. 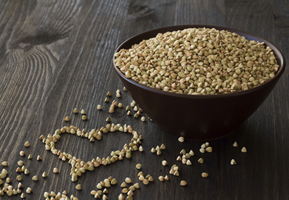 Studies between blood sugar level and buckwheat highlight further potential benefits of this crop. Consumption of buckwheat was seen to lower glucose levels in the blood, suggesting that it may reduce risk of diabetes  Additionally, consumption of buckwheat helps you to feel fuller for longer, reducing snacking and cravings for sugary foods. This can therefore be beneficial in aiding weight loss.

Buckwheat is rich in manganese, a trace mineral which is important for bone health. Manganese should be gleaned from the diet, and buckwheat is a great source of this. Regular consumption of buckwheat can help with strengthening connective tissue, absorbing calcium and reducing risk of developing osteoporosis.