home > food > ingredients > coconut > how to open a coconut

How to open a coconut

Anyone who has ever tried to smash open a coconut by throwing it on the ground, battering it with your fists or playing football with it, knows that they are a hard nut to crack. With a little patience and the right technique, however, coconuts should cause you no sweat. 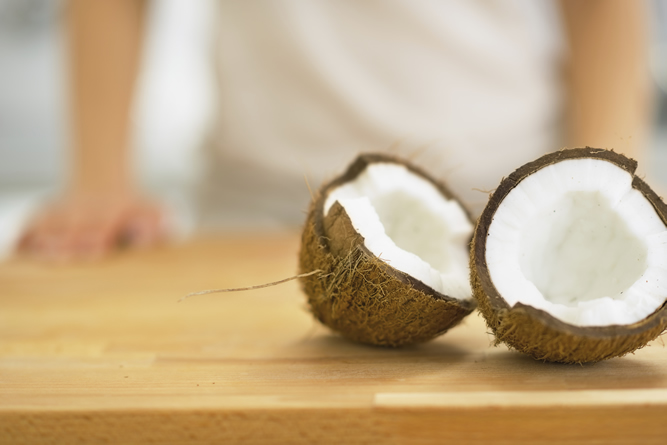 A coconut has three eyes at the top of it. One of these eyes is slightly softer than the others, making it perfect for piercing. Once you have created a hole in the coconut you can drain the coconut water out, so that when you crack open the shell you do not lose any of this delicious coconut water. 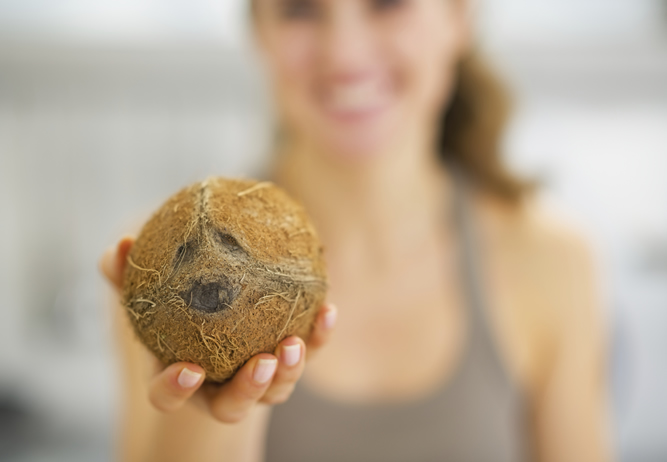 A hole can be made through the eyes of the coconut using a corkscrew or by hammering a nail or screwdriver into it. Allow the water to drain into a cup or bowl. This water is great to cook with or just to drink by itself. 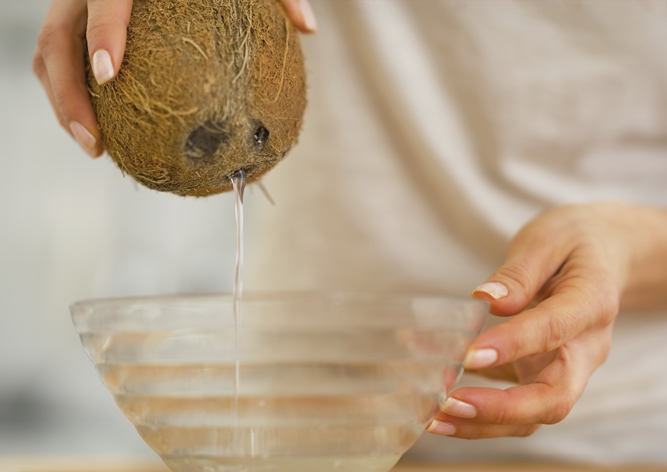 Coconuts have a natural equator, with the eyes and the tail at the poles, on which they are easiest to crack open. Using a blunt tool, such as the handle of a knife, a hammer, or the corner of a work surface, tap the coconut firmly around its equator. 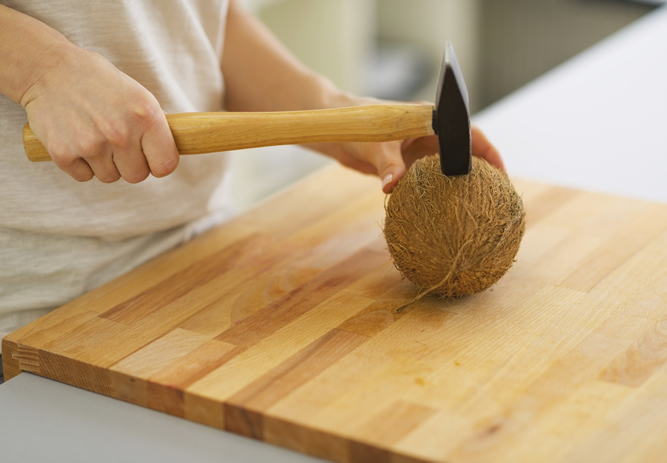 Keep tapping until the coconut cracks open, then the coconut halves can be pulled apart. Inside should be the creamy white flesh of the coconut hugging the shell. 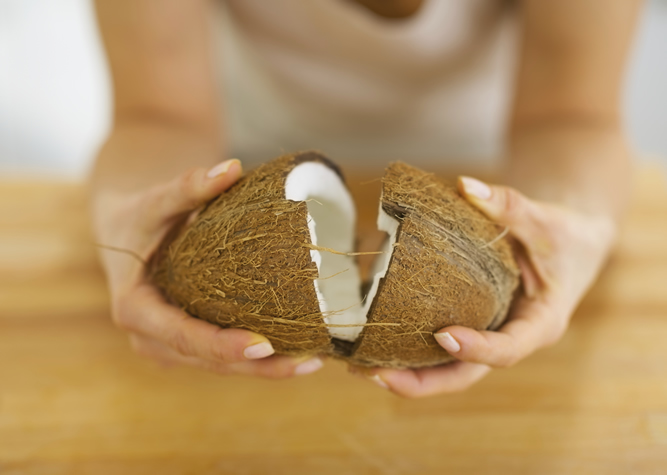 The flesh of the coconut should scoop out of the shell relatively easily, although some people find that heating or freezing the coconut, even for just fifteen minutes before cracking it open, makes the flesh easier to remove. Make sure you drain the water before doing this though, or the coconut may explode...