The eggplant is a true lady of mystery, known by a host of other names such as eggplant, brinjal, melongene, garden egg and guinea squash, but is distinguishable by her vibrant dark purple colour and stretched egg-like shape. Very low calorie, loaded with beneficial nutrients, with a distinctive taste and sponge-like texture, she was once believed to be poisonous and actually contains more nicotine than any other vegetable (don’t worry though; you’d need to consume 30lbs of eggplant to ingest the amount of nicotine you’d get from smoking a cigarette). Eggplant is not the only vegetable that contains traces of nicotine however; tomatoes, potatoes, cauliflowers and green peppers also contain very small amounts.

An introduction to Eggplant

When you think of eggplants you naturally think of them in a vegetable patch, but did you know that an eggplant isn’t actually a vegetable; it’s technically a fruit – a berry to be exact! Part of the nightshade family (which also includes tomatoes, sweet peppers and potatoes) the eggplant originates from India, where she is considered the queen of the vegetable patch. The majority of eggplant today however are produced in China and also cultivated in other temperate climates including India, Iran and Egypt. A versatile addition to your diet; they feature in many popular dishes and can be fried, stewed, stir-fried, baked, stuffed, roasted, curried, pickled or pureed and incorporated into a host of delicious recipes. 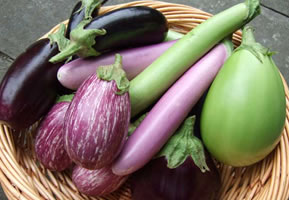 Although the most widely known and used variety of eggplant, the Italian eggplant, is a signature dark purple you can also find white, black, green and red types.

The size and shape also differs greatly across different varieties. Italian eggplants are the most widely used and feature in some of the world’s most popular dishes including ratatouille, moussaka, parmigiana, pizzas and pastas. In contrast the unusual ‘Toga’ variety is orange with green stripes and is strong in flavour. Chinese eggplants are long, thin and dark lavender in colour and are great in stir fries and pickles. The Filipino eggplant is long, thin and dark green in colour with specks of light purple and works best when roasted or mashed.

Indian eggplants are dark red and small (about the size of an egg) and are usually cooked in curries, soups and stews, whilst Japanese eggplants have a sweeter taste and are short and thin with dark purple skin and dark-coloured stems; they are often pickled or used in tempura. The Thai eggplant is great for curries; green and round in appearance and much smaller than the other varieties.

Eggplants are a good source of dietary fibre, calcium, antioxidants and vitamins including vitamin C, vitamin K, vitamin B6, thiamin and niacin. They are virtually fat free and low in calories, sodium and cholesterol and high in folic acid. Eggplants also come loaded with a host of minerals essential for the effective functioning of the body, including magnesium, phosphorus, copper, and potassium. 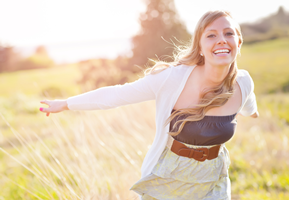 Eggplant skin is the most prominent natural source of nasunin; a potent antioxidant which prevents iron accumulation and neutralizes free-radicals, giving it anti-ageing properties. So don’t discard it! Nasunin also protects lipids (fats) in brain cell membranes and has cancer-fighting properties since it restricts the growth of new blood vessels, whilst keeping present blood vessels clear and relaxed.

The flavonoids found in eggplants play an important part in heart health, whilst the presence of phenolic compounds can actively reduce blood pressure, lower cholesterol and help to prevent the formation of blood clots. Regular consumption of eggplant is recommended as a natural way to manage type 2 diabetes, as it can help to control glucose absorption and reduce associated high blood pressure, as well as being a high-fibre, low fat food.

Juice made from the leaves and roots of the eggplant can be effective in treating throat and stomach disorders, asthma, toothache, rheumatism and skin problems.